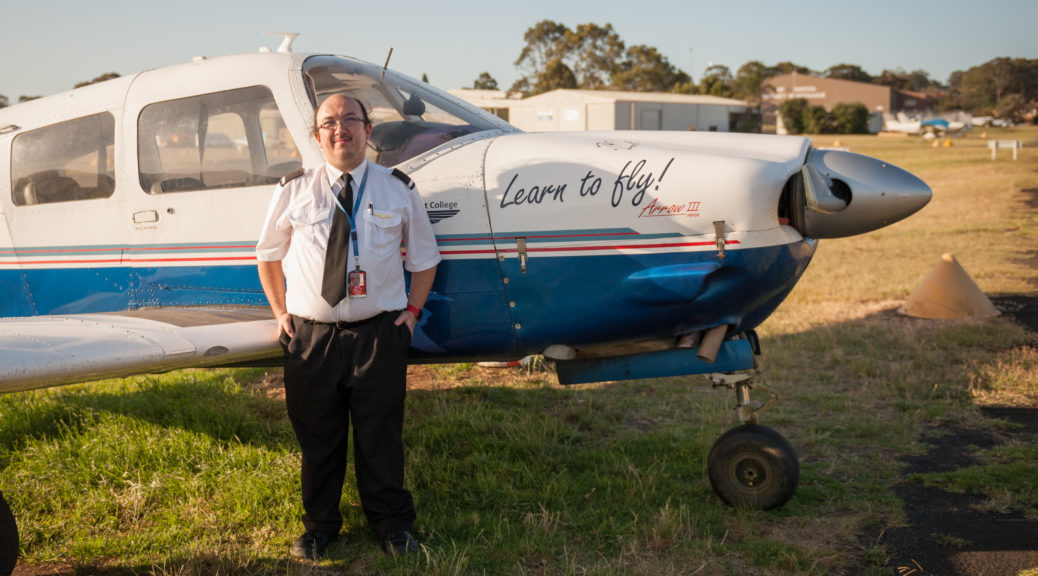 It’s been too long since I last wrote in this blog.

Since last time, I had enrolled and commenced in the Diploma of Aviation (Instrument Flight Operations) with Sydney TAFE and Sydney Flight College.

Last weekend, I flew the last flight test required for the completion of the Diploma – I’m now waiting on confirmation from CASA for the issue of my Commercial Pilots License (Aeroplane), and from the TAFE that I’ve finished the diploma.

It’s been a lot of work getting here – but now I’m finished, and it’s time to take a quick break and get back to all the projects that had been put on hold due to my workload.

Out of frustration with how slow working on an E6B can be during flight planning, I’ve been looking into electronic options for replacing it that do not involve buying an overpriced specialised calculator.

Whilst solutions like the CX-2 can be used in the US in exams, they can’t be used here, which defeats any benefit of using a type specific calculator over a more generic programmable.

Also, the pricing is such that a CX-2 costs about 2/3rd the price of a good programmable like the HP50G.

So I’ve opted to buy a 50G and implement as much of the E6B functionality as is practical for planning.

My initial efforts are as below!

Wind Correction on the HP50G (easily adapted to the non-CAS 48G by removing the →NUM instructions and the UNROT instructions with ROT ROT).

These should all be put into their own folder. They work using globals to store values that carry over between specific operations.

It’s also written with RPN mode in mind. I’m not entirely sure how anybody gets anything done fast on a calculator using algebraic modes.

Oh, and set Degrees for angles unless you do your flight planning in Radians.

Change to the folder, and select the custom menu.

Punch in your TAS, press the TAS softkey.

Punch in your wind as two values – the heading and velocity – and press the WV softkey.

Punch in your desired track and press TRKT. The heading correcting for wind and ground speed will pushed onto the stack.

You only need enter a new WV or TAS if they change – they will persist between multiple TRKT operations.

I recently started taking flying lessons with the Sydney Flying Club based out at Bankstown.

I had been a bit anxious about being able to fly this week as Sydney has been blanked by slightly unpleasant weather lately – we had a storm forecast for Friday which looked like it would hit around 3-5pm.  (2-3pm is usually when I go up).

I managed to get a booking in for 11:30am, so I hiked out to Bankstown, and fortunately, the weather was good enough.

The aerodrome was surprisingly busy. Plenty of helicopter traffic taxing around, and a private jet (looked like an Embrarer, but I don’t know their models well enough to identify which one) taxied past us as we walked to the Piper Warrior I was booked in for (VH-SFM).

SFM was parked in the flight club’s field parking between taxiways L and P.   After completing the preflight checks to the satisfaction of the instructor, we discovered that SFM’s flaps weren’t retracting when we dropped the flaps lever.

Thinking it’d correct itself under airflow, we set out via taxiway P (near the junction to L) upon which point the Instructor took control, set the brakes and tried to throttle up to force the flaps up with the prop wash.

When that didn’t work, we parked again, stopped the engine, un-jammed the flaps – confirmed that they were operating correctly again (they were, mostly – at least they retracted now under airflow force), and set off once again towards the runways.

I taxied all the way from parking to the A run-up bay, stopping to give way to other aircraft leaving the controlled tarmac for the apron,  ran the run-up checks, then taxied up to the A8 holding for 29R.

My instructor, satisfied with my taxing, instructed me that I’d be conducting the takeoff today, let me line up on the runway, and away we went.

Lesson itself was fairly uneventful – “Straight and Level” – all about maintaining level flight at different speeds/attitudes.

The flight back to the airfield was interesting however – by the time we returned from the training area, the winds had changed and the temperature had increased sharply – we were cleared to land on 11L. The instructor takes over from the reporting point, and everything is in order for a nice landing.

He sets up, deploys the flaps and bleeds off speed for final — and we just float there. Turns out that’s there’s a massive updraft freshly developed in front of 11L and because we hadn’t established our descent rate quickly enough, we’re now gently floating down – with our estimated touchdown point leaving us only 40% of the runway. He calls a go around and we re-enter circuit, and are given immediate clearance to land again (phew).

Fortunately attempt two went better and we touched down happily on the first half of the runway.  He taxis off the runway, hands back control, and I taxi us back to the field parking, where I brought the Piper in to park smoothly.

Elsewhere on the Web